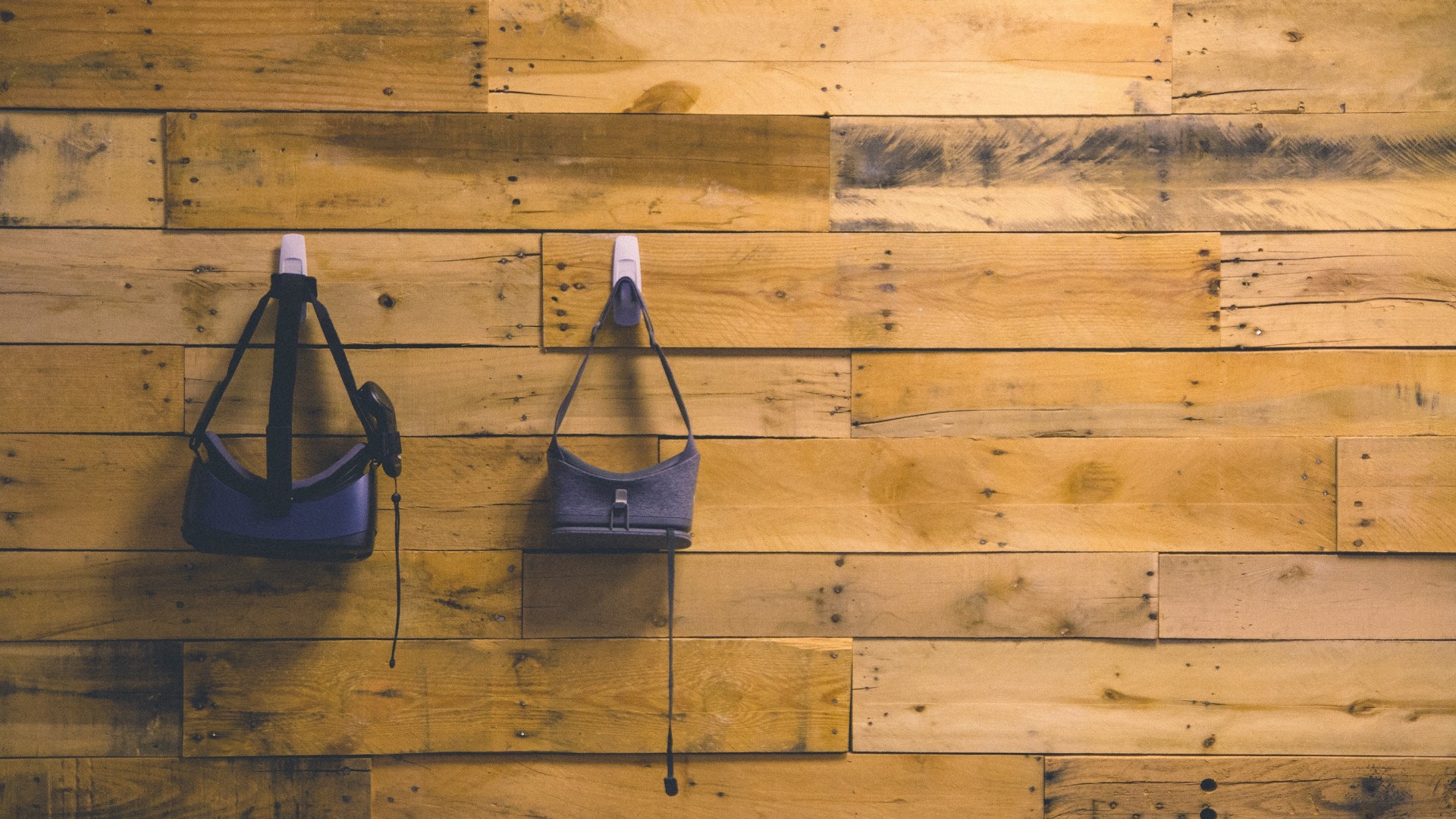 Just getting into virtual reality? Interested in competitive VR gaming? Below are some essential items you'll want for the utmost comfort and convenience!

Obviously the first thing you’ll need for gaming in VR is a headset and possibly a computer. If you have a low budget and don’t mind playing solo games, I would recommend an Oculus Go. You’ll be able to enjoy some really cool experiences, as well as single-player games like Dead and Buried – a fantastic first person shooter in a wild west type setting where you fend off hordes of zombies!

However, if you hope to become a competitive VR esports athlete and participate in national or international multiplayer VR gaming tournaments, you’ll want want a high end gaming computer and a top quality headset like an Oculus Rift or an HTC Vive. There are plenty of articles about the best gaming computers so I won’t delve into that. Regarding VR headsets, I would recommend that you check out this blog post from Marine Verse. It has a terrific comparison of models in regards to mobility, price, overall performance, etc.

Once you have your VR setup, there are a few other essential items that are worthy of investment for anyone who loves playing virtual reality! Although some of them might seem a little mundane, you’ll quickly discover that these accessories will make your VR gaming experience much more enjoyable!

A good fan is essential. If you were simply taking a casual tour of Venice in virtual reality, perhaps you wouldn’t need a fan, but I can guarantee you that if you’re going to play competitive VR esports, you absolutely will want the cool air blowing on you. Even in the middle of winter, when it’s below freezing, you’ll be tempted to open your windows after you’ve played for an hour and have sweat running down your face. Buy a good fan.

If I could buy stock in a company related to accessories for virtual reality, it would be VR Cover. When I first started using my Rift in April 2017, I literally ended every session looking like a raccoon.

Fortunately this awesome company decided to sell an array of awesome covers to replace the stock foam that comes standard on the Rift.

Whatever your preference, covers are a must have. In fact, check out their website to see the other products. The cover is an essential, but they have some other cool things as well.

While I can’t really do anything about the fact that you’ll get sweaty playing VR, I can warn you that controllers get slippery. Asterion Products created a wonderful solution for this problem with silicon gel controller skins that have tiny friction studs for better grip. They fit perfectly on your controllers and they’re quite durable.

Pro Tip:  Although these grips are awesome, you definitely want to check your batteries before you start playing. For pro-gamers who might play 8-10 hours (or more) a day, batteries need to be replaced more frequently so get in the habit of doing this before you begin each gaming session. It’s easy to slip down the skins to replace the batteries. You don’t want to have to do that in the middle of a game.

One of the Echo Arena developers recommended these to me after I started having issues with the middle finger knuckle of my left hand. Now I simply slip one on that finger every time I play and the controller doesn’t agitate it anymore. I love these tiny cotton finger guards!

It doesn’t really matter which microfiber cloth you choose. Just buy some. When I had my glasses replaced this year, I realized for the first time in my life how thrilled I was that they gave me a free microfiber cloth. Honestly I guess I never really wiped my glasses much before, but it’s a necessity when you’re playing VR. I don’t know why. Just trust me when I say invest in some good microfiber cloths – especially if you wear glasses! (Even if you don’t, you’ll need them to wipe the lenses safely.)

One of the first questions new players ask the pros is whether or not they’ve ever hit something or injured themselves while playing VR. We all just chuckle and say something like, “You’ll learn, new one. Everyone gets injured or breaks something at some point!”

If you take one piece of advice away from this article, it's this. USE A MAT.

It doesn’t really matter what type of mat you use, but you’ll want one, especially for competitive gaming where the rules might designate a particular play space (usually 4 feet x 4 feet) so you’ll need to be accustomed to using that prior to LAN events. Proximat creates fantastic options for gamers that are comfortable and can be customized with your gamer logo.

Technically I can’t call these “essential” because I don’t have any yet, but most of my friends do so they’re something you should consider.

There’s a link to that particular wall mount (on the right) if you click the image, but if you have your own 3D printer, this cool site actually allows you to download patterns and print them yourself.

Yes. You’ll want a third sensor if you’re doing competitive VR gaming. A fourth really isn’t necessary, but you’ll want a third. Trust me. (For now, if you have only two, don’t put them both directly in front of you. Instead, position them cater-corner.)

Go ahead and order an extra set of controllers. If you’re playing competitively, you’ll most likely destroy your first set. If you don’t believe me, go back up and watch that video of esports injuries again. Start at 2:15 to see some graphic photos of injured or destroyed controllers. In fact, I would recommend that you watch the entire video if you’re interested in competitive VR gaming.

For the Oculus Rift, you can order extra sensors and controllers, along with earphones on their website. I used the earphones at OC4 when my team qualified for Echo Arena VR Challenger League Nationals. The earphones are wonderful.

Extra Vive controllers, wireless adapters, and other accessories can be ordered here.

If you’re going to play first person shooter games such as Onward, you’ll probably want to invest in this gadget from ProTubeVR. A lot of the professional VR gamers won’t play without it.

You'll thank me later. You’re probably going to gash your hand open at some point so go ahead and invest in some heavy duty bandaids (cute pictures optional)!

Whether you’re competing, playing games for fitness, or simply having fun with the amazing experiences available in virtual reality, keep a water bottle handy. You don’t want glasses or cups of liquid around when you’re playing VR so a water bottle is perfect. Take a drink and set it aside without worrying about spills.