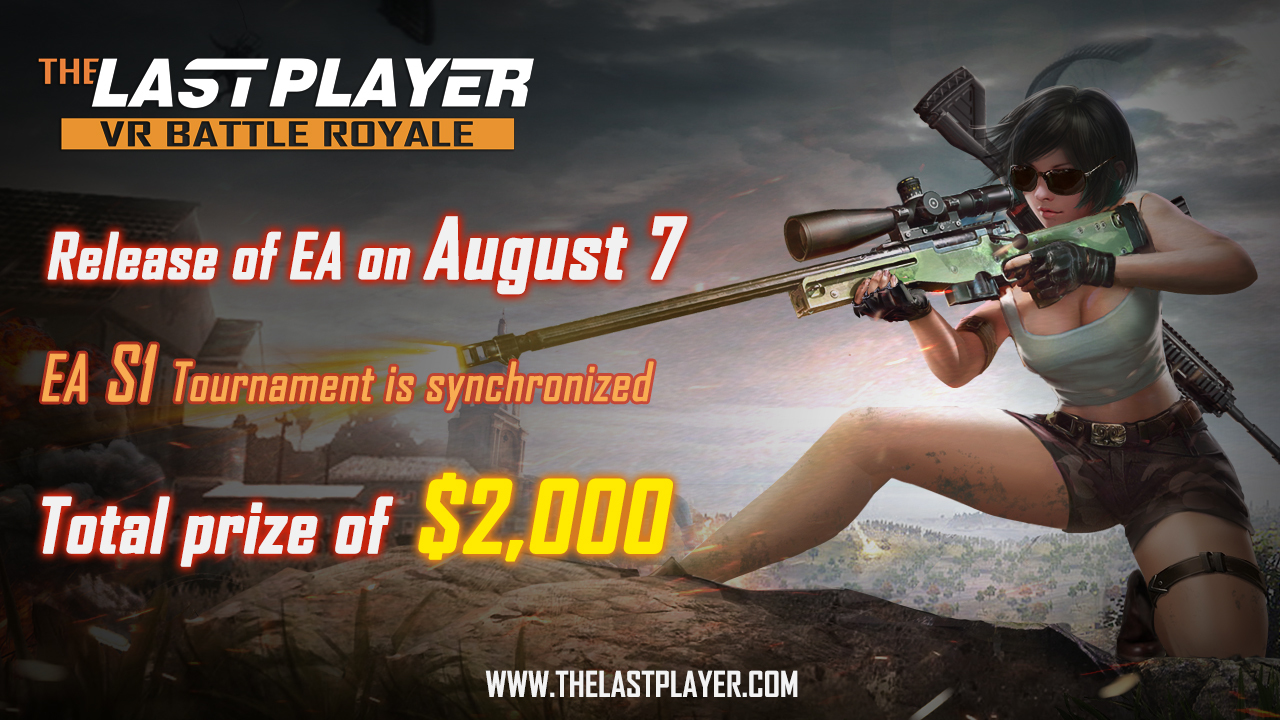 If you think you can find your own weapons, use whatever cover is available in the environment, and survive in a VR battlefield against hostile enemies, then The Last Player: VR Battle Royale is for you. The newest game in the Battle Royale genre will be released on August 7 at 9:00 PDT from Skyline Games.

In conjunction with the game’s release, players will also be able to participate in the first EA Season 1 Tournament, which will run for several weeks and includes a total prize pool of $2,000.

Players will be able to choose one of two servers to participate in the tournament:

Both area servers will operate in the EA S1 tournament and players are only allowed to choose one area / server. Player data for the two areas is not linked.

The tournament will operate in two stages:  S1-A and S1-B. Points will accumulate during each stage and the top 30 players in each server will be invited to participate in the finals for that stage.

Stages run for four weeks for the following dates:

The top 30 players from each server will be invited to participate in the stage finals on the following dates:

The top ten players from each stage of tournament will win a cash prize.

The Last Player will be available through the Steam store on August 7. The multiplayer game supports the following headsets:

It can be played seated, standing, or room scale.