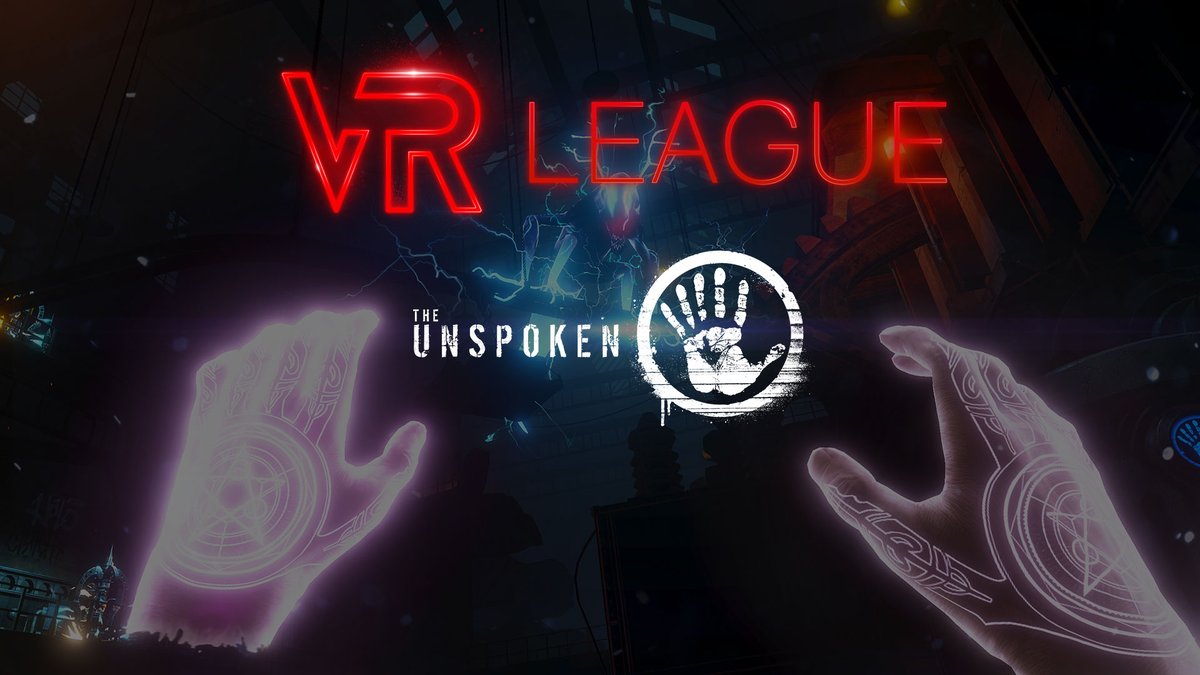 Four top VR spellcasters from around the globe have qualified for The Unspoken World Finals! Fans of the game will be able to watch the competition streamed live from the stage of Oculus Connect 5 at the McEnery Convention Center in San Jose, CA on September 26, the first day of the VR developer convention.

The Unspoken players who qualified will conjure elaborate spells in urban wizard duels to see who wins the biggest chunk of the $11,250 prize pool.

The path to world finals was open to anyone who willing to enter a modern day wizard brawl with the game’s top competitors.

Four players for each region earned slots in the World Qualifier through the Last Chance Qualifier on August 14.

The two top players from each region in the World Qualifier tournament will now move on to the World Finals.

The World Qualifier tournament consisted of a best of three, three round match format so there was the potential for nine rounds in three matches. Players could choose between any of the five provided classes:  Anarchist, Kineticist, Blackjack, Drifter, or Electromancer. They were only allowed to choose one artifact per loadout for this tournament.

In the European league, the season’s top four players based on points were Flushgogo, Yawning Soldier, Dirvel and F_F. They were joined in the World Qualifier by DDragon44, Troqdoran, Furebel, and Wellby, who all earned spots after doing well in the Last Chance Qualifier.

Unfortunately for the LCQ winners, they were quickly bumped into the lower bracket of the World Qualifier and they weren’t able to duel their way back up to the final matches.

Flushgogo, who came in second place at The Unspoken Season 1 World Grand Finals in Katowice, Poland, maintained an upper bracket position throughout the day. Yawning Soldier was also in the world finals last year and he stayed in the World Qualifier upper bracket until he was bumped down to the lower bracket by Flushgogo.

Yawning Soldier had to then defeat F_F for his right to move back to the upper bracket once again so he could compete in the Grand Final. He was able to do this, which earned him a spot at World Finals. He still had to compete with Flushgogo one last time, however, to determine seeding for the World Finals and Flushgogo earned the higher seed.

Interestingly, Flushgogo also qualified for the Sprint Vector World Finals so he’ll be on stage at Oculus Connect 5 on both days of the competition.

Yawning Soldier also competed in the Sprint Vector World Finals Qualifier, but he lost his position to Dirvel after insisting that a race be re-run after Dirvel experienced a glitch that made him lose the race. The rematch resulted in Dirvel having one point more than Yawning Soldier at the end of the day so Dirvel earned the coveted spot at OC5 for Sprint Vector. It wasn’t a complete loss, however, for Yawning Soldier since he still earned a free trip to California to compete in The Unspoken World Finals. He also definitely deserves kudos for his sportsmanlike behavior.

In the North American league, competitors who earned a spot at World Qualifier were Charizard, Getsu, Reukifellth, and jon. Last Chance Qualifier winners who joined them were Vidman321, ServError, SuperJosh521, and Thavex.

Competitors repeated events from the EU league, with the top four players moving on through the upper bracket while the LCQ players were bumped down to the lower bracket pretty quickly.

Click on the image to check out Thavex’s Twitch channel for The Unspoken World Qualifier games.

Charizard, the season 1 The Unspoken Grand Champion, used his magical spells once again, casting all his competitors down to the lower bracket. Even Reukifellth, who managed to make his way through the upper bracket, was ultimately defeated by Charizard.

Getsu, who placed third in the season 1 grand finals, unfortunately lost to Reukifellth in the semifinal match, which bumped him to the lower bracket. Getsu beat Vidman321, but then lost to ServError, shattering his chance of making it back into the upper bracket.

Last season Reukifellth was pushed into the lower bracket and then lost to Yawning Soldier. All of these guys have played one another quite a bit so it will be exciting to see who is able to use their chosen character’s unique abilities the most skillfully to earn the season 2 world champion title.

Click on the image to watch Charizard go up against Reukifellth. Ultimately both players made it through to the finals.

Like many of the virtual reality communities, these competitors have dueled together all season. They practice spells, discuss strategy, and encourage one another through community groups such as The Unspoken Discord server.

While the four competitors who qualified for finals already met at Katowice, Poland at the end of season 1, during Oculus Connect 5 these guys will also be able to fellowship with and enjoy the camaraderie of the VR community in general. The world’s top competitors from all the VR League titles will be at the VR developer conference so it’s sure to be an exciting time as they rub elbows with the people who created their favorite games and meet others who are interested in bringing VR content to the world.

The Unspoken is scheduled for the first day of the conference so live streaming will begin at 11:30 AM PST / 19:30 CEST on Wednesday, September 26. Be sure to tune in and see these finalists duel on stage at the McEnery Convention Center in San Jose, CA.

You can watch the matches via the VR League social media platforms.

The Unspoken is brought to us by Insomniac Games, the VR development company that is bringing Spiderman to PS4 in September. They’re also working on Stormland, a much-anticipated game that is coming to the Oculus Rift in September 2019.

The VR League grand finals is sponsored by ESL, Oculus and Intel.