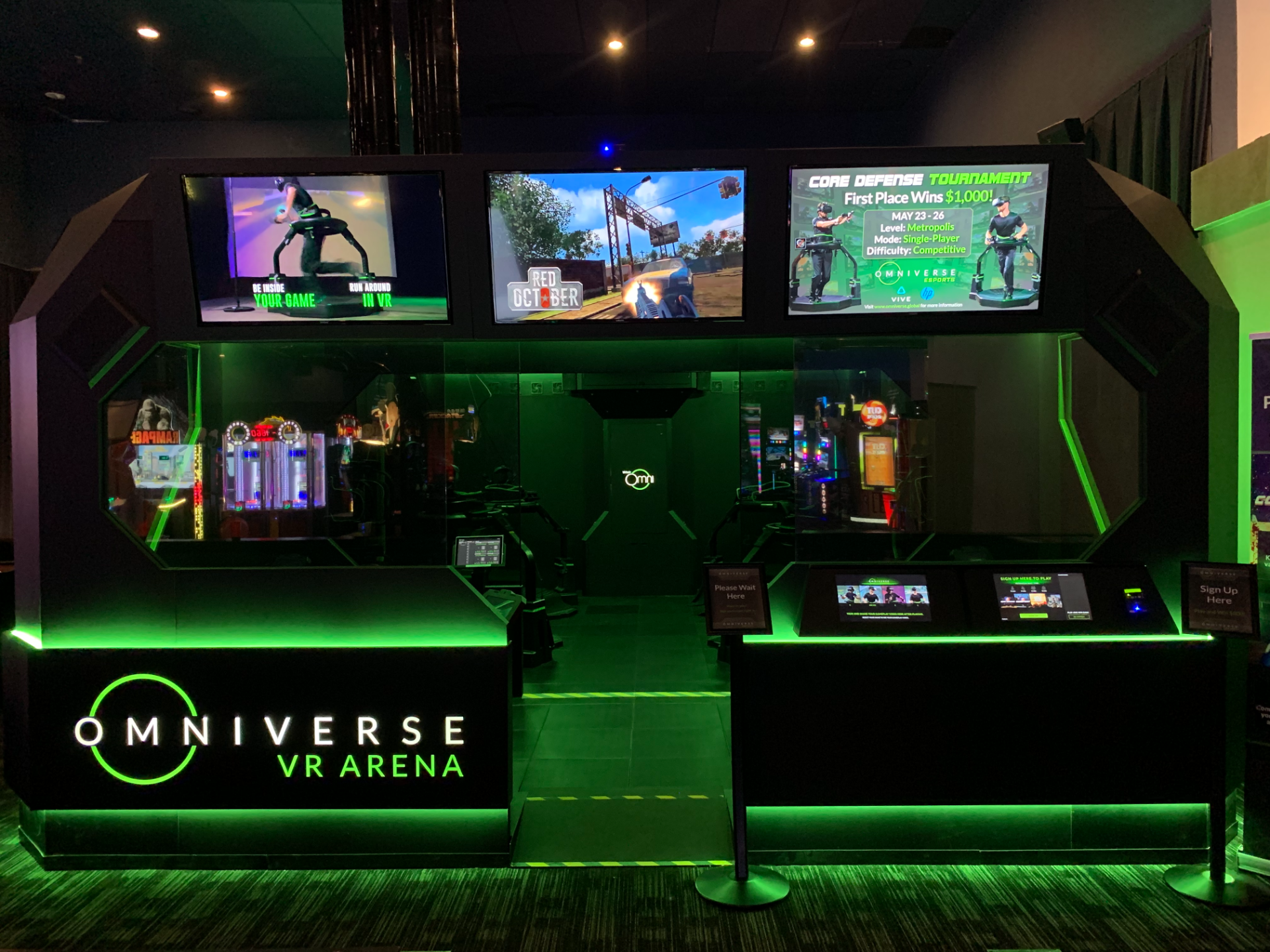 Increasing numbers of people are interested in playing and spectating VR esports and they’ll have an opportunity to do this at one of America’s favorite restaurant as Virtuix’ Omniverse VR Arena will be available for a limited time at the Dave and Buster’s location in Austin, Texas.

VR Arena is a competitive virtual reality attraction that allows players to incorporate full-body motion as they compete in games on the Omni, a unique motion platform that enables 360-degree movement in virtual environments.

Groups of four guests will be able to play in the VR Arena with or against their friends as they compete for spots on leaderboards. The experience lasts 15 to 20 minutes and a queuing system notifies guests by text message when it’s their turn to play, allowing them to eat, drink, and enjoy other Dave and Buster’s attractions in the meantime. There are currently four games to choose from and after each experience, players can share a video of their experience on social media.

Virtuix was founded in 2013 and is the developer of Omni. They’ve shipped more than 3,000 Omni systems to over 500 commercial entertainment venues around the world. Dave and Buster’s is a perfect fit for the Omni and VR Arena.

“We believe this exciting and active gaming experience will fit well with the venue’s audience,” said Jan Goetgeluk, founder and CEO of Virtuix. “We are thrilled to bring VR ARENA to Dave and Buster’s.”

The Dave and Buster’s chain has over 110 locations and they continue to provide the latest and greatest games, sports-viewing, food, and drinks. The company was formed when David Corriveau and James “Buster” Corley noticed in the late 1970s that patrons were moving back and forth between their establishments so they combined Buster’s restaurant with Dave’s outrageous entertainment and gaming center.

These guys recognize good ideas and bringing VR Arena to the Dave and Buster’s audience is a terrific idea. VR esports is growing at a rapid pace as people are increasingly interested in virtual reality and they’re beginning to recognize the benefits and entertainment of playing games in a setting where you’re physically active and totally immersed.