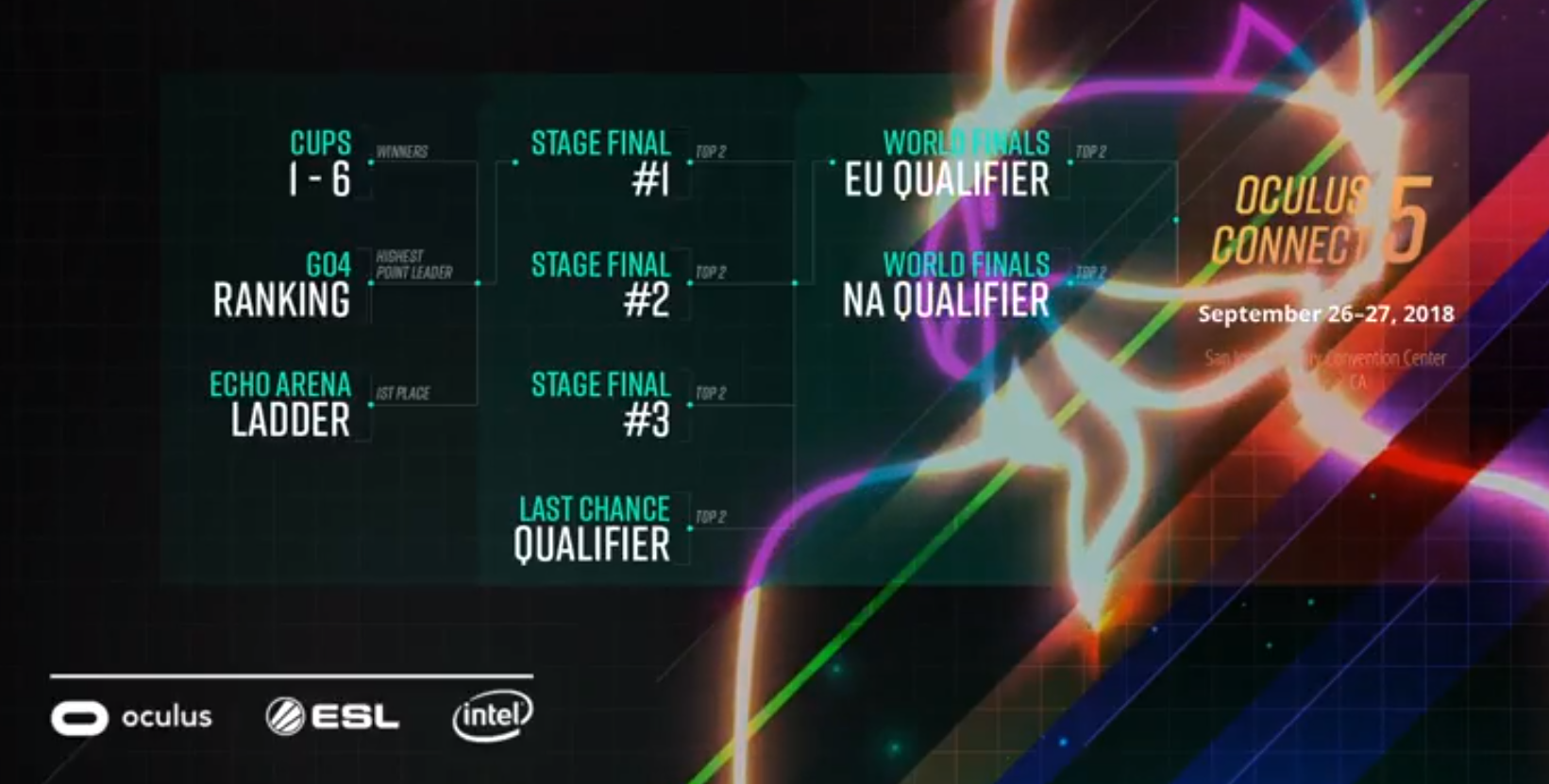 Since May, when the Echo Arena VR League Season 2 began, teams have been battling it out weekly for points, cash prizes, and an opportunity to earn a coveted slot to compete at the grand finals to be held at Oculus Connect 5 in San Jose, CA on September 27.

The VR League reorganized the system for Season 2, giving more teams an opportunity to advance if they joined late or improved as the season progressed. The league divided the season into three stages and offered teams more than one way to advance to the qualifying tournament where they could win a spot for the finals at OC5. The season is more than halfway over, but the battle for those spots at the World Grand Finals is just starting to heat up.

Teams have an opportunity to earn a position in the Stage Finals in three different ways:

The first two stages have already been completed. Stage 3 Finals will be held on August 12, earning two more teams from each region a spot to compete in the World Finals Qualifier.

The stage competitions allow two teams to advance from each of the three stage finals in each region – NA and EU – making a total of 12 teams.

The World Finals Qualifier will consist of 16 teams as follows:

Sixteen will become four as two teams from each region compete to secure a spot at the grand finals that will be held at Oculus Connect in San Jose, CA on September 27. At the World Grand Finals, teams will try to win their way to some of the $38,000 prize pool.

Here’s the breakdown of cash prizes for the winning teams:

Just as importantly, the winning team will secure bragging rights to the championship title for season 3.

The VR League grand finals is sponsored by ESL, Oculus and Intel. Events will be live streamed through the VR League’s social media channels.