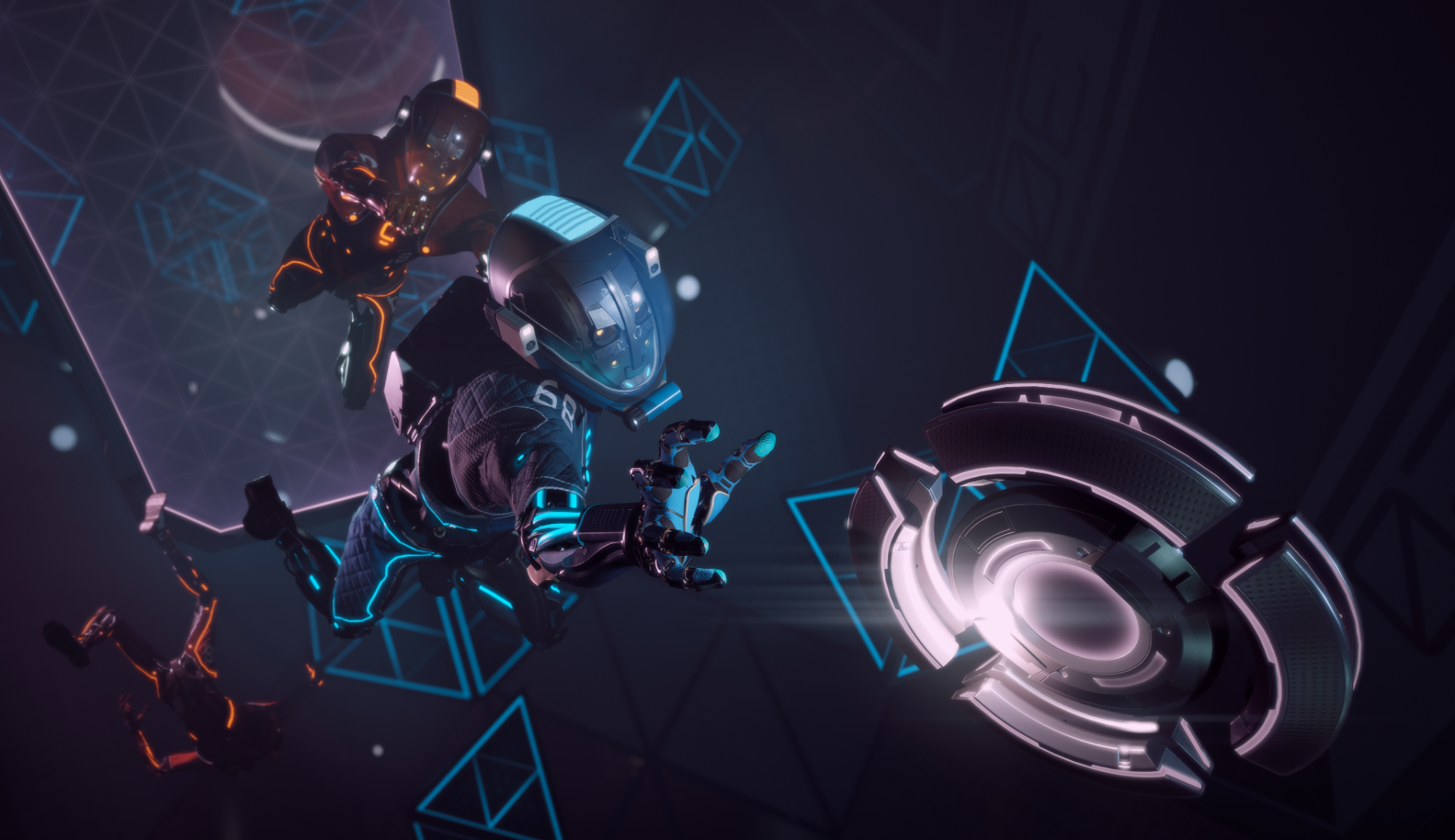 As with any great sporting event, the Echo Arena Stage #3 Finals were full of action in and out of the arena. There were amazing plays, several tie-breakers, a default win and then even a reversal of said default win.

The day began with European games where Smash Dash, Gamma, Flux and Ducks were all bumped to the lower bracket pretty quickly after they lost to the four European teams with the top stage 3 rankings.

Once in the lower bracket, these teams had to fight their way back into the upper bracket if they wanted to earn a spot in the World Finals Qualifier tournament. During the next round Backlash and BLAST! joined the first four teams in the lower bracket after they were beaten by Team Gravity and Aftershock.

In the lower bracket, Team Flux was able to make a comeback and knock BLAST! – the highest ranked team in Europe – out of the tournament for the rest of the day.

With BLAST! out of the way, Team Flux was set to face Backlash. Backlash won the first round and they were ahead in the second round when Team Flux raised concerns to ESL admins about Backlash having lag. Team Flux was granted a default win, but after Backlash presented video evidence to the contrary, the default win was reversed and Backlash received the win.

Unfortunately, while this win should’ve allowed them to compete with Aftershock for an opportunity to get back into the upper bracket, the reversal came too late because Team Flux went ahead and played Aftershock for the final position in the lower bracket and lost.

After the evidence was reviewed and the default win reversed, apparently Aftershock declined to play Backlash so although the results above show Backlash as having lost to Aftershock 22-16 in the Lower Final, they never played that game. It was actually Team Flux who lost that round and since Aftershock wouldn’t replay the match with the correct team, Backlash lost out on an opportunity to fight their way back to the upper bracket and play against Team Gravity for the first place spot.

At the end of the day, although they lost the opportunity for a higher position and more money, Backlash still earned a slot in the World Finals Qualifier because the two teams above them had earned spots during Stage #1 Finals. Two teams from each region advance from each stage finals and the second spot went to Gamma as they were the next team in line that hadn’t already qualified.

You can rewatch the European Echo Arena Stage #3 Finals on the VR League Facebook page. The games were streamed live and hosted by ESL casters Rene Buttler and John Mullen.

In the North American Stage #3 Finals, there was also ongoing discussion about ping in some of the games, but that’s nothing new for the NA league. With players from northwest Canada all the way down to southeast Florida, North American league players have gotten a bit more accustomed to pings anywhere from as low as 10 and as high as 100 or more. Generally the games continue unless someone complains. The losing team also has the option to request a host switch.

If the tournament games for the Stage 3 Finals could be summed up in one word, it would be “tie-breakers.” The games were incredibly close, providing for exciting game play throughout the day.

One of the most thrilling moments of the day came when Eleven Point Five and Eclipse were still both in the upper bracket battling to see who would be forced to compete in the Lower Final against the lower bracket winner. Eclipse won the first game 10-8. Eleven Point Five seemed determined not to let them win the second game and made an amazing play  when Loveridge scored a goal with 00:00.26 seconds left!

Simeonk21 had been able to get his hand on the disc, but not in time. Eleven Point Five couldn’t stop Eclipse in overtime, though, and the current World Grand Champion team won the game with a 3-pointer in overtime.

The four North American teams that were sent to the lower bracket after the first round of the day struggled to find their way back up into the upper bracket. Although most of the games were incredibly close, ultimately they couldn’t do it.

After they were bumped into the lower bracket by Eleven Point Five, MetaMercs barely pulled ahead of Omegators in the best two of three. Ne Plus Ultra knocked Team Velocity out of the tournament and advanced to play MetaMercs in some of the most exciting games of the day. Nicky, one of our VRespawn.com casters, did an awesome job covering the games and you can watch them on his Twitch channel.

MetaMercs won the first game in overtime when Fahrenuf basically dunked the disc into an open goal.

The second game was a perfect example of esports action. At 37 seconds, the game was tied 5-5. MetaMercs scored a goal with 20 seconds left. Not to be outdone, Ne Plus Ultra then scored their own goal with 3 seconds on the clock, taking the game into overtime. Ne Plus Ultra earned the first point in sudden death, winning overtime and forcing a third round in the best of three series.

The final match between MetaMercs and Ne Plus Ultra was no less exciting with the teams going back and forth with the lead. It appeared that Ne Plus Ultra would take the series when Fahrenuf snuck in a goal with 7 seconds left, tying the game 6-6 and taking another game into overtime.

Strembitsky won the game in overtime with a 3-pointer from above the goal, knocking Ne Plus Ultra out and giving MetaMercs the opportunity to face off against Eleven Point Five.

MetaMercs certainly gave Eleven Point Five a run for the money, but they lost the second game when Loveridge scored two points in the bottom corner of the goal after a quick pass from above by Wit. The play was perfectly executed and left only six seconds in the game. MetaMercs wasn’t able to score with such little time remaining so Eleven Point Five advanced to face Eclipse.

Eleven Point Five took the first game in the series with a score of 10-6.

Eclipse came out strong in the next game, however, not even allowing Eleven Point Five to score for nearly three minutes. It was obvious that Eleven Point Five was getting tired after several hours of high level game play. By the time 11.5 scored, Eclipse already had 9 points on the board so Eleven Point Five lost the second round 12-6. This brought the series to 1-1, but Eclipse won the final round, making them the stage finals winners for a third time this season.

Despite their loses, Ne Plus Ultra and Team Velocity both earned spots in the World Finals Qualifiers on August 18-19 since teams that performed better than them in the Stage #3 Finals had already qualified during the other stage finals.

ESL has given VR League competitors numerous options to make it to the upcoming season finale at Oculus Connect 5 on September 27. In addition to the weekly games, ladder matches, and point accumulation that allowed teams to advance to the stage finals, two teams from each region will earn spots in the World Finals Qualifiers through the Last Chance Qualifiers tournament.

Teams that haven’t already qualified can compete in this tournament and earn their right to compete in the World Finals Qualifiers. The Last Chance Qualifier is a single-elimination best of three format and any team can register at the ESL site.

On August 18 and 19, sixteen teams will fight for a place at the World Grand Finals at OC5 and a shot at the $38,000 prize pool. With the two teams from each region that advanced from each of the three stages now finalized, only four spots remain. We’ll find out who earns those spots tomorrow!

Be sure to check out the competition and watch the grand finals streamed live from Oculus Connect 5. The VR League grand finals is sponsored by ESL, Oculus and Intel.