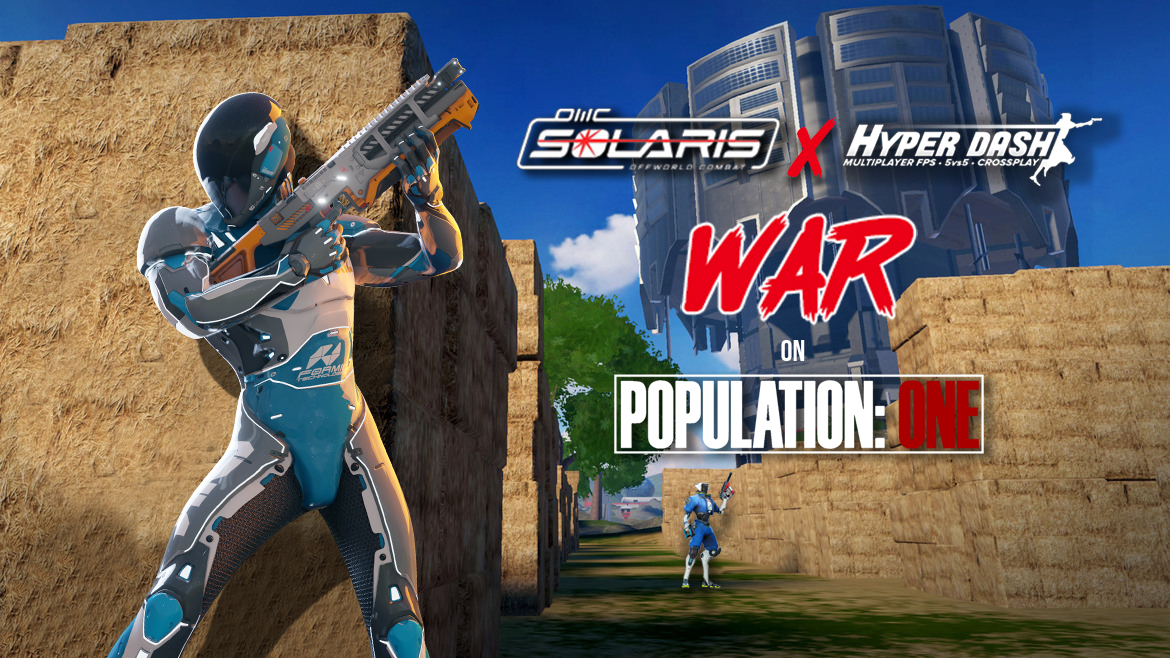 The war wages on in BigBox VR’s Population: One as players from around the globe join the battle that has intensified since the introduction of private lobbies, new weapons, additional skins, and some very cool adjustments to the map. On April 16, players from Solaris and Hyper Dash will jump in on the action to establish the supremacy of their chosen game and skills on a level playing field in the near future world of Population: One.